After finishing a degree in sculpture at MMU, Gideon decided to become a builder, but nipped that in the bud after 8 months because it was very hard work. That was the point when he decided to be a full time artist and musician. He became a feature on the Manchester indie folk scene and was known for doing drawings at gigs and giving them to bands as a souvenirs.

Dec ’07 was the release date of Gideon’s first single ‘I want you around’ a 10″ vinyl released on Get Cape Wear Cape Fly’s label Mannequin Records. It was Xfm playlisted, and breakfast single of the week on Shaun Keaveney’s 6 music show. This was followed by a BBC Maida Vale session with Huw Stephens.

The second album ‘Take It all’  (released June 2012 on Tantrum Records), shows Gideon at the height of his song crafting powers. The record opens with lead single Fall Under Tokyo, a pumping  radio tune with pure pop beats, soaring synths and Gideon’s mellow-sweet vocal. The Record features a vocal track from Josephine on Colours, a beautiful classic sounding soul ballad.

2013 has brought a UK tour with alternative Brighton based act, Bunty (Resonators). and plans are afoot for a joint October tour and 12″ vinyl release called ‘Highlights and Perceptions’ with independent Scottish singer Donna Macioca.

‘The people of Britain may not know it yet, but Gideon Conn is one of their national treasures.’ – Scroobius Pip

‘What’s going on in that crazy noggin of yours?’ – Russell Brand

Conjoined with music, sculpture is  Gideon’s number 1 passion. His work is often abstract and usually involves rhythm and processes. It’s about materials and how they behave, discovering the unexpected things they can do, and always about finding ways of breaking up space and the search for a new aesthetic. Materials include wood, paper fliers, ceramics, plastic, fabric, electric cable, cardboard and whatever else i can get my hands on. Influences include Matisse, Brancusi, Richard Deacon and many more. 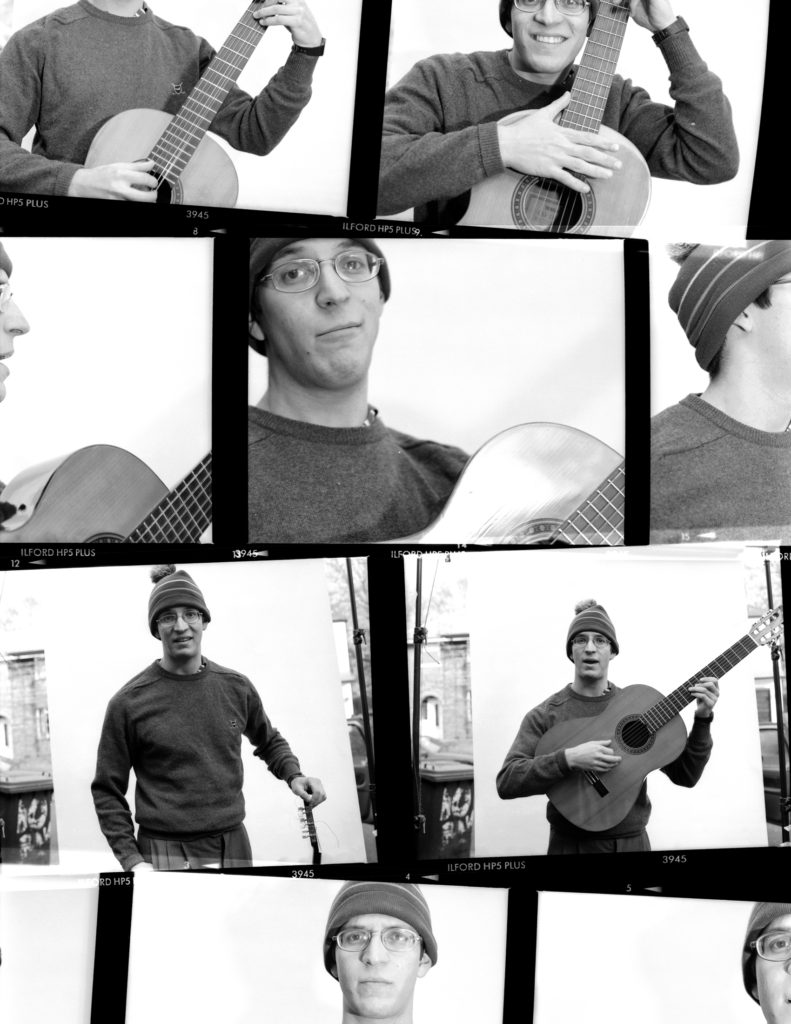